Planning a trip to the UK for Long Distance Walks?

There are a lot of exciting places to visit and enjoy while hiking in the UK. Britain and its diverse terrains have plenty to offer to all types of backpackers and hikers. So, whether you’re a beginner or you’ve been doing this for years, here are 20 of the most recommended long distance walks to do in the UK while you’re still alive. I’ve added a few great ones in Ireland too.. enjoy!

This 30-mile hike might prove challenging as the steps can be wet and muddy and the mountains can be steep. However, it’s such an enriching experience to be within an isolate mountain. You’ll appreciate the sound of silence in this mountain while hiking in Ireland. This destination offers an an incredible hike.

This stretch can be tackled in eight days but it provides a delightful walk across charming hamlets and villages. There are slopes, valleys and flatlands to tackle, and a ravine is also a highlight. Hikers usually rendezvous at one of the town’s tearoom at Feizor.

The beach at the Maharees sandpit stretches eight miles. The three-hour walk, at the very least, ends with a magnificent view of the Brandon Mountains. It’s worth the trip!

The Scots revere this place, which is near the town where Robert Burns, its most outstanding literary figure, was born. Don’t forget to visit the museum dedicated to him before you head to the hills. There’s also a route that can take you to the Newark Castle.

5. Falls of Glomach, Ross-shire in Scotland

Visitors sometimes call this the hidden falls. Sometimes it’s not easy to spot the Glomach despite its ranging and gushing waters because of its position in the gorge of the highlands. It’s actually a short climb to this area leading to the forest. The tracks have marks everywhere, so it’s great even for first-timers.

A lake, forest and rolling hills, this place has a lush green landscape that you might have only imagined. It’s best to tackle this route in nine to 11 days but reaching the halfway point at Machnylleth is like a reward. That place is breathtaking! Mobile coverage can be spotty in some areas though so make plans ahead.

Head to the barren terrain of this place, one of England’s iconic Roman sites. Legionnaires walked this long-distance path with blistered feet to retreat from battles.

This place merges the past and present. Canals and tiny fishing ports surround the area, alongside forest and moors.

You can spot 70 miles of green at these borders on a beautiful clear day of hiking in the UK. If you enjoy the British countryside, you should not miss a visit to this site.

This part of Northern England is filled with old mills and factories that showcase the masterful engineering of the early century. The 16-mile stretch is like a historical field trip, it’s so enriching and exhilarating.

Families will enjoy this site because it’s one of the most idyllic picnic spots in the UK. It’s surrounded by a 13th century castle and lots of Caledonian pines. Aside from hiking, families can also bike at the railway in the summer or ski in the winter. 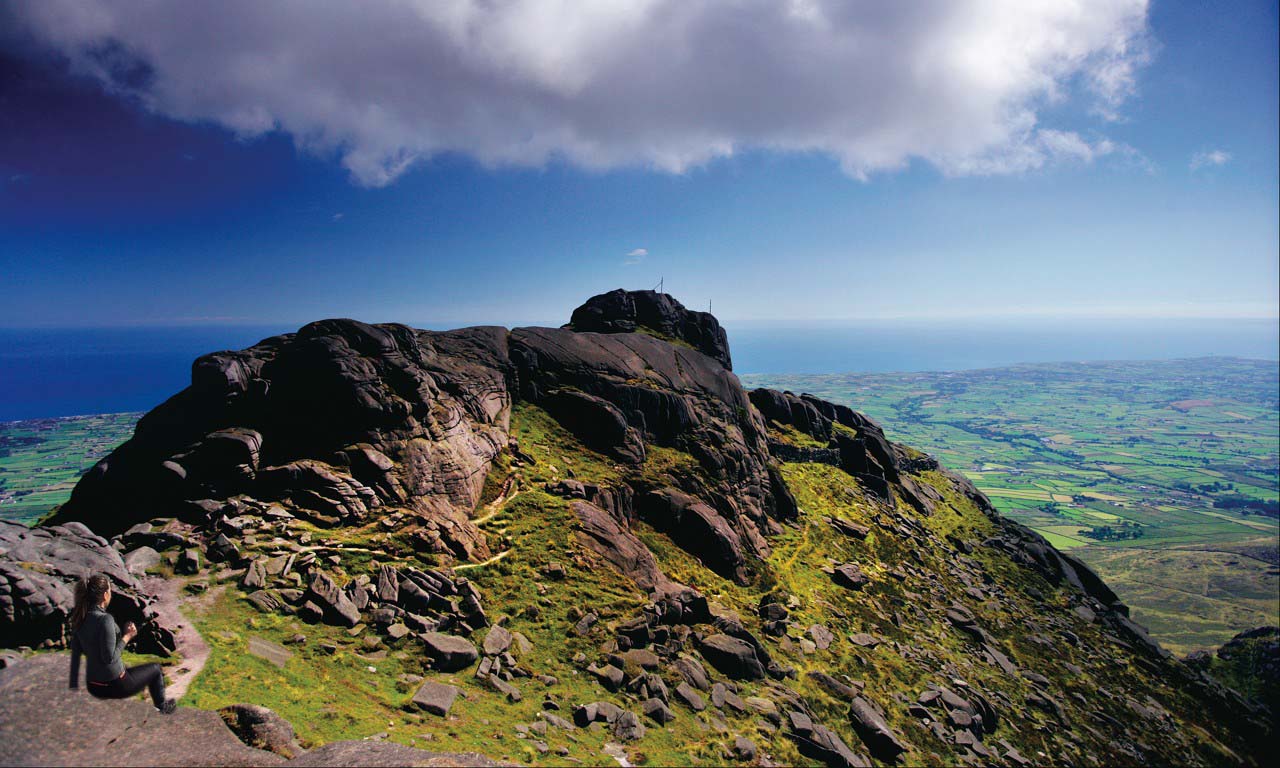 The Mourne Moutnains are among the most famous of the mountains on the island of Ireland. The surrounding area is an Area of Outstanding Natural Beauty and is proposed as the first National Park in Northern Ireland.

Famous author CS Lewis has written about Mourne Mountains in his books and it’s just as he has described it. Adventure seekers always have this trek on their bucket list.

A three-week hike is enough to cover these areas and it’s conveniently near London, so that you can leave for the city if the walk becomes challenging. Quaint villages and idyllic streams with meadows deck the landscape so there are plenty of reasons to stay. Camping, however, is not allowed in the trails.

Walk at one of the highest cliffs in the UK and get a peek of the Old Man of Hoy, the stack of red sandstones at the Orkney archipelago. If you’re brave, try standing on the cliff’s edge and you’ll spot Scotland’s Cape Wrath on the north.

Check out the ancient villages near the Churn River and marvel a Roman amphitheater at the outskirts of this route that stretches with limestone. This place has an unforgettable showcase of ancient archeological sites.

The Seven Sisters is actually a set of hilltops and summits. The shoreline cliffs look a movie set. You can swim down the beach during the warmer months.

The longest walking trail in England. You’ll need at least six weeks to cover the miles but there’s plenty of things to see amid the scenery that includes cliffs, beaches and coves. To be in this area is mesmerizing.

This has the most spectacular view at the summit ridge. It takes three hours to climb the pathway and you might need to plan on spending a night there to relish everything. This site is near the Inverpolly Nature Reserve.

A visit to Scotland won’t be complete if you skip this 864-kilometer hike. This trail merges with plenty of footpaths, thus it’s one of the best long distance walks in the UK.

The 11-mile route is a picturesque trip to the coastal village. Cyclists love this trail, which showcases a mix of the grassy lands and woodlands, as well as a lot of mine spaces.
Did I miss out any long distance walks? Which long distance walks in the UK would you recommend? Let me know in the comments below!

Adam is a frequent traveller, coffee addict, avid reader and passionate writer- those four things pretty much sum him up! He loves creating interesting content, whether it's a blog post, an eBook, a sales letter or a product description. He enjoys a challenge and a chance to learn something new.